Many of you who attended our conference posted photos on the conference App. By the end of the conference 279 photos were posted and entered into our first annual photo contest. The CMHACY new social media/web intern, Jeremiah McWright, was assigned the difficult task of choosing the winners of the photo contest. Here are the results and Jeremiah’s comments:

1. The nature shot: I chose Angela Brand’s photo of rocks along the beach during low tide (#60). She captured reflections in the water, different layers of rock, parts of the ocean and sky while using the rule of thirds. Great image! 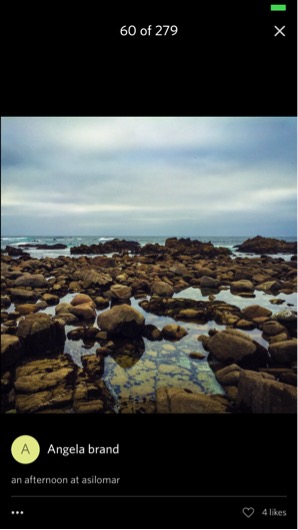 2. The people shot: I chose Michael Lombardo’s photo of the NAMI group receiving their award (#166). This photo has a GREAT depth of field, where you can clearly see the award, the people receiving it with their smiles, and the podium. It’s a really good shot. 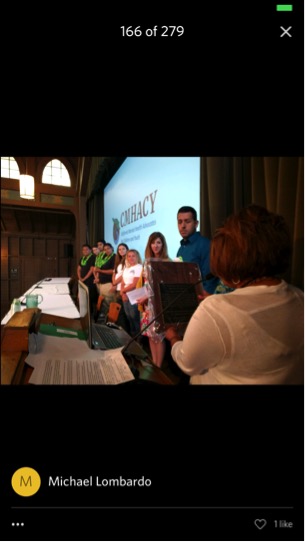 The CMHACY board and friends would like to thank all of you who posted photos during the conference. You helped us capture not only the activities, but the spirit of the conference.

For those of you who still have your conference App, you can view all photos through the App. We will be posting them on the CMHACY website in the near future.

Stay up to date with our latest news and CMHACY conference updates.

Join our email list to receive the latest updates regarding the annual CMHACY Conference and other CMHACY news.

By submitting this form, you are consenting to receive marketing emails from CMHACY, PO Box 23223, Ventura, CA, 93002, www.cmhacy.org. You can revoke your consent to receive emails at any time by using the SafeUnsubscribe® link, found at the bottom of every email. Emails are serviced by Constant Contact.