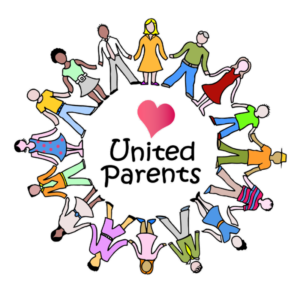 Proposed 2022 – 2023 Budget A Historic Commitment to Children, Youth, and Families By Governor Newsom

The Commission works through partnerships to catalyze transformational changes across service systems so that everyone who needs mental health care has access to and receives effective and culturally competent care.
-Commission Mission Statement

Governor Newsom announced his proposed $286.4 Billion budget, of which $213.1 Billion is State General Funds (SGF). This includes a surplus of $20.6 Billion due to the mushrooming increase in California’s highest earners during the pandemic. At the broadest level, the Governor’s budget reflects the priorities of: recovery from the pandemic; homelessness; and climate change. That said, the Governor has committed historic investments into areas of increased service delivery for children, youth, and families.

The Governor’s budget will now go through a six-month process of legislative deliberation with final revisions brought forward in May of this year, i.e., “The May Revise”. From May through July 1st our state’s government is under legal mandate to approve and agree upon a balanced budget by July 1st, 2022.

The Governor’s historic commitment to community behavioral health; education; child welfare; and juvenile justice is clearly noteworthy and the subject of this month’s Children and Youth Policy Update.

The investment of $102 Billion into education is not only a record high, but also double what it was only 10 years ago. This includes $1.1 billion into schools with inordinately high numbers of low-income families (e.g., numbers of free and reduced lunch); English Learners; and Foster Children and Youth. These dollars will be allocated to school districts (Local Education Agencies – LEAs) through the state’s Local Control Funding Formula (LCFF). The Governor is establishing a Universal Transition Kindergarten (T-K) program with $639 Million adding 56,000 new children’s openings and $383 Million towards bringing on new staff to meet the demand. Only indirectly related to education … the Governor has proposed an $824 Million investment into opening 200 new childcare slots.

Included in the budget proposal is continued investment in the $4.4 Billion proposal announced in May of 2021 to launch a Child and Youth Behavioral Health Initiative (CYBHI). There has never been anything like this kind of financial commitment coming out of California’s Governor’s Office. These resources are going towards the enhancement, expansion and redesign of the systems that support the behavioral health of children and youth. The CYBHI was the subject of the June, 2021 edition of this Children and Youth Policy Update (CYPU), where details of this CYBHI can be found.

The Child Welfare System will be infused with millions in pandemic relief for youth, attorneys, and providers. By way of example, $40 Million will be provided as a boost to dependency lawyers to defer some of the increased costs due to rising caseloads and the closure of many courts. There will be a significant investment into prevention services preceding the state’s adoption of the federal Family First Prevention Services Act (FFPSA). These resources are aimed at averting families from entering the foster care system. Foster parents and caregivers, including relatives, will be given a $1500 stipends per foster child. The governor initiated a juvenile justice system reform with the closer of the state’s youth prison system last year. To oversee this reform this budget provides for $27.6 Million in startup funds to establish the Office of Youth and Community Restoration.

For crisis response, the Governor is investing in a new Medicaid benefit for crisis mobile response beginning January 2023 (more details coming). In addition, he has proposed $7.5 Million of General Funds (and $6 Million ongoing) to implement the new 9-8-8 federally mandated Behavioral Health Call Hotline, designed to increase the ease and accessibility of those experiencing a behavioral health crisis.

For those interested in advocating for aspects of the Governor’s Budget that you would like to support through the May Revise, please visit both https://sbud.senate.ca.gov/subcommittee3 and https://abgt.assembly.ca.gov/sub1hearingagendas . These budget committees in both the Senate and the Assembly will be reviewing the Health and Human Services proposal of the Governor’s Budget over the next few months.

Stay up to date with our latest news and CMHACY conference updates.

Join our email list to receive the latest updates regarding the annual CMHACY Conference and other CMHACY news.

By submitting this form, you are consenting to receive marketing emails from CMHACY, PO Box 23223, Ventura, CA, 93002, www.cmhacy.org. You can revoke your consent to receive emails at any time by using the SafeUnsubscribe® link, found at the bottom of every email. Emails are serviced by Constant Contact.